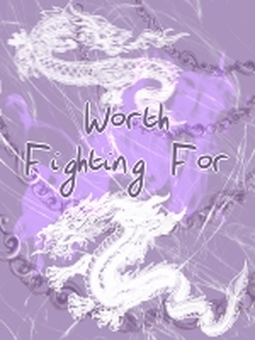 Fandom: Star Ocean III: Til the End of Time

Teaser: "Yet one fateful day in my nineteenth summer, I found myself standing outside a dojo watching a man with bicolor hair fight and fight and fight as though his life depended on it. And that had been the first time I ever thought, I want that passion. "

Inspiration: Way, way, way, way, way too much Albel/Fayte fan-fiction. There's indulgence and then there's obsession, and I seem to be headed over the boarder right now…

This fic… well, I'm gonna go out on a limb and blame Ciissi, the author of the truly spectacular (Albel/Fayte) story entitled "The Sentimental Feelings". Since getting into this pair, she is my absolute favorite author consistently.

Rating: M, because Albel is Wicked and the Destroyer is reckless ^^

Setting: AU! A little dojo where Albel Nox is Shissou

POV: Fayte and Albel, of course. First person perspective. Plus, there's voicemail tag used to tell a good portion of the story… simply for kicks and giggles.

Summary: Fayte has spent 364 days denying his shissou's demands for a good, hard fight. So what has changed so much that on day 365, he said yes? More importantly, does he stand any chance of surviving day 366?

Additional ANs: There's hardly any AU stories for these two! I felt the need, mostly because I do so love this pairing. The idea really just came to me out of the blue, but I liked it enough to stick with it. Besides, it practically wrote itself …
I'm super-happy with my interpretation of Fayte. I'm just not so sure I like how I wrote Albel… Eh. I'll get over it or I'll fix it later. Also, since this is AU, I took certain liberties (mostly with Albel, in fact):
-Yes, I know Albel's arm is completely MIA in game, but for the sake of this fiction, it's just scarred, but still present.
-Albel's usually outfit is a tad out of place in the current setting. So, his outfit will be changed some.
-For reasons that are unknown to me and all fan-kind, I wanted to stick with Albel wearing purple. It'll show up in most of his outfits :P
-Fayte's relationship with Nel… in this story, they're best friends (but I kept some age difference)
-Nel and Ablel… they're "enemies" but they're rather amicable about it
-I gave Albel a bit of an accent in this, mostly because in-game, he's from another world and speaks another language.
Oh, and, of course, all phone numbers are completely fictitious… While I'm at it: it's frozen broccoli because it's more likely to be in my freezer than frozen peas.
Don't expect to see much more on this pairing from me for a while… I have to familiarize myself with all of the shiny content about these two, not to mention I have… oh, 35 in-progress pieces at this point… I can't afford to be too distracted by these two, after all…

Inspirational Music:
~"A Girl Worth Fighting For" (from "Mulan")
...I can't believe I actually admitted that... Albel will kill me now, especially since he's the one who's "worth fighting for"...
~"I'm Free (Heaven Helps the Man)" by Kenny Loggins
This song makes the point that "anything worth my love is worth the fight", which is what I wanted to say with the whole story...

Word Count: 10,583 words of pure love, a Wicked man, and an amateur swordsman.
Since we are literally talking about 10,583 words, I chose to post this in chapters --the same way I originally posted it on fanfiction.net.

Back to Star Ocean III
Powered by