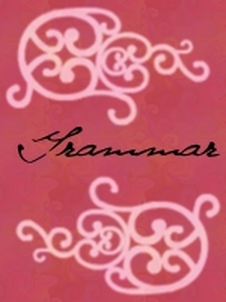 Inspiration/Prompt: "He doesn't make grammatical errors. Even while getting head."
This fic ended up being for my Sammi’s birthday (on dA, she’s dereksgirl). Happy birthday, babe!

Setting: Cannon, for once. Set after Advent Children

POV: Written primarily in Reno’s POV, but the last part is in Tseng’s!

Summary: Reno goes to a bar after an ordinary day at the office and overhears something Elena says. Hilarity ensues, and he challenges her. Tseng's the test subject.

Additional ANs: I apologize in advance: Reno seems so intellectual in his head >.< I couldn’t shut off my brain long enough to write this lol
Additional inspiration came from "Good Old Fashion Lover Boy" by Queen (because we all know Reno is one...!)

Lena-
I was right. And he is fucking hot when he can’t even form a sentence, let me tell you.
Sucks to be you.

Tseng:
I picked up the note Reno stuck on Elena’s desk, curious as to what it might be about that it would leave such a mischievous expression on his face.
I read it quickly and felt shock turn my blood to ice in my veins.
Just what in the hell had Elena been saying that provoked such a reaction from him? What did it make last night? Did he even want me, or was he just trying to prove a point to my infatuated underling?
Don’t get ahead of yourself, I cautioned myself. There’s probably some really dumb explanation for the entire thing.
So, like nothing at all was out of the ordinary, I picked up the note and looked at the man –sexy red-headed pain-in-the ass, and a more literal one this morning– who was sprawled in what can only be referred to as ‘Reno-style’ in a chair. “What’s this?” I asked him.
“It’s just a personal note,” he returned, standing up and coming to me, wrapping his arms around me, his arousal pressing against me –fuck, twice already this morning and he’s up for more? He kissed the sensitive spot just beneath my ear.
“W-what about?” I asked, my stutter shaming me to no end.
I felt his lips quirk against my skin. “Grammar.”

Back to Final Fantasy VII
Powered by