In A Green Dress

All written works displayed are (C) K.E. Wright, aside from any song lyrics in text. 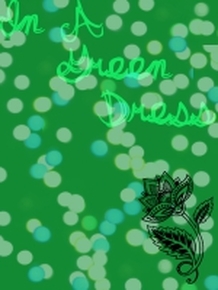 Teaser: " 'Dude, can you get any more gay than belting out show-tunes on stage on a nightly basis?' Roxas asked mockingly.
I took a moment to look down at what I was currently wearing. 'Well, there's also the corsets, the heels, the stockings, the garter-belt... Oh, and the fact I like cock,' I countered sweetly in Lola's honey-drenched voice."

Inspiration: I am totally blaming a fan-fiction entitled "Everything Nice" by Dualism.
Hon, if you're reading this, just know that imitation is the most sincere form of flattery, and I mean no harm with this story ^.^

POV: It's Axel's tale to tell, so he's hogging the lime-light! (First Person!)

Summary: Art student Axel Sinclair is desperate for a job. ANY JOB.
He's just beginning his freshman year at college, but to receive a large chunk of his aid money, he must also hold down a job. But in this economy, where is a 19-year old with no experience to find a decent paying job with hours that won't interfere with his class schedule?
Enter one Reno Sinclair, Axel's older brother and a bartender at Seventh Heaven. Seventh Heaven, as it so happened, is in desperate need of a lounge singer. Reno believes Axel could easily get the gig –if he cross-dressed, which is really no hardship with a rich alto singing voice, slender feminine hips, and a penchant for heels.
With a little scheming, Axel auditions and gets the gig. He manages to go six months before anyone on the waitstaff suspects anything hinky, let alone catches him (that was week one into month seven).
Roxas sets his terms for keeping Axel's secret: Axel must do anything and everything Roxas orders –in a skimpy green dress, no less!

Additional ANs: This will probably get very OOC on me, haha. Seifer will be more like himself (from Final Fantasy VIII), as will Squall. Some circumstances resemble my real-life issues my freshman year... Unfortunately, I didn't get a relationship out of the deal –or a job singing, damn it! Office work will be the death of me and Tseng :P

Inspirational Music:
~"Reflection" (from "Mulan")
My cross-dressing lounge singer sings it ^^
~"Whatever Lola Wants" (From "Damn Yankees")
It re-names one of our main characters!
~"Bobbi With An I" by Phil Vasser
It's an absent comment made by the narrator, but it's also an awesome song...
~"Take Me Or Leave Me" (From "RENT")
It will be making an appearance in the story --promise!
Back to Kingdom Hearts
Powered by