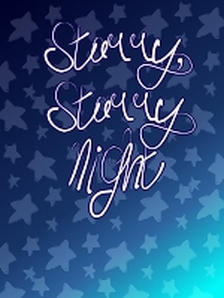 Teaser: "The monster inside of me craved her blood with a desperation that would not be quenched until it killed her. And I cared far too much for her to destroy her in such a manner."

Inspiration: I was looking at the constellations with my onii-san…

Warnings:
-Spoilers (possible, but not likely)
-Zero being Zero
-Angsty
-Blood being offered

Main Pairing: Zero/Yuuki, but only if you squint

Setting: Cannon, for once. Set sometime before chapter 35 of the manga.

Additional ANs: I wrote this after finishing the tenth volume of the Vampire Knight manga. I kind of wanted to give Zero and Yuuki a moment before things got really bad… Additional inspiration comes from "Always" by blink 182...

Word Count: 922 words do I wield.
The dew settled softly on the grass around me on the courtyard lawn, but I found it more refreshing than annoying. The night was cloudless and the full moon shown down over the world, drenching the Academy in its pale light. The stars shimmered like thousands of tiny diamonds on the blue-velvet sky.
On such a night as this, I found myself transported back in time to long summer nights on the lawn of my parents’ estate with my shissou and my twin. The nights had seemed endless and Shissou taught us each constellation, their names, their locations. It had been another lesson, perhaps, but it hadn’t seemed that way to me. My brother was on the grass beside me, which made it a huge step out of the norm.
I propped my arms behind my head and stared up at the stars, picking out the basic constellations and recalling their folklore. The folklore had been what fascinated Ichiru. I’d enjoyed the pictures that were drawn from star to star, even though Shissou pointed out that the entire reason he was teaching them to me was being ignored.
Shissou had been wrong about that. I could still recall his lessons in celestial navigation quite clearly, even though I had paid more attention to the constellations themselves.
Such thoughts stirred inside of me the ache for what my childhood could have been. I could have been carefree, could have completely immersed myself in Shissou’s teachings. But I’d felt that I had stolen from my weaker twin, had already drown myself in a sea of self-loathing for causing him to be such a sickly child. My world had been Ichiru. He’d been the reason for my self-imposed punishment and my personal angst.
I returned my thoughts to the quiet stars. Silently, I counted constellations until I couldn’t remember any more and had begun recounting the earlier ones.
The clack, clack of the female uniform shoes striking the cobblestones drew my attention. Yuuki and I had already chased the Day Class girls back into their dorms, so I was pretty sure it was her. I took a deep breath to be sure. I caught her scent easily, the sweet odor of her blood cloying and yet appetizing to the monster that lived in me. The hunger for her began to course through my veins, but I pushed it down, determined to not spill blood tonight.
“There you are,” she greeted from a few feet away. “I even check the stable first.”
I didn’t nod, didn’t look at her, didn’t acknowledge her presence, even though the vampire in me had begun to lick its lips in anticipation of her blood.
She stepped closer. When she was by my side, she bent down, brown hair falling down to brush against my cheek as she looked at me, concern etched onto her forehead. “Are you alright, Zero?”
I made a face instead of asking the question in my mind: Why the heck did you ask that question when you know the answer, baka?
She frowned at me in response. “You just look… I don’t know, lost, maybe?”
What was I to say to that? What would anyone say to that? Question chased question like a vampire after wounded prey, but I remained silent, pondering as I stared at the cloudless sky. My hunger roared to life once more and I bet my lip as I pushed it down, drawing blood that my tongue quickly chased. The metallic taste on my tongue only stirred my hunger for her taste.
Red-brown eyes widened. “Zero… you need…” She perched down beside me, looking at me intently.
My hunger raged inside of me at her proximity. It was harder to fight it back, so I responded, panting, “For the sake of the stars above, Yuuki, I will not taste one drop of your blood tonight.”
“But, Zero!” she pled with me. “You need it!”
I couldn’t smile, couldn’t act outraged, couldn’t respond to her words. So I sat up and wrapped my arms around her, holding her close, the way I’d held my brother to me all of those summers ago.
Somehow, it felt different to me. It was different. Yuuki wasn’t Ichiru. She wasn’t my sister, and I couldn’t really pretend she was, not with my monster wanting her blood, not with the feelings she stirred inside of me.
“Zero, you’re shaking,” she whispered against my shoulder.
“So are you, baka,” I returned smartly. She always shook when she came to me this way. She hated the feeling of my fangs sinking into her neck, but clung desperately to the hope that she could maintain my sanity.
She laughed breathily. “Zero…” she sighed. “Why do you deny yourself what you need so badly?”
Ah, the ever present question. Why did I deny myself? My existence was one that brought misery. I was in constant misery, it seemed. So the reason I denied myself might be that I felt I didn’t deserve to live.
She might believe that.
But the real reason, the true reason? The monster inside of me craved her blood with a desperation that would not be quenched until it killed her. And I cared far too much for her to destroy her in such a manner.
As usual, I offered her no answer. I held her slender form close to me and just breathed in the clean summer night air, tempered with her scent and decided the best place in the world to be was at her side.
Back to Vampire Knight
Powered by