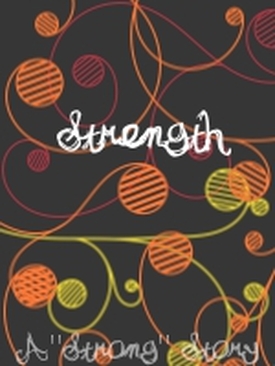 Teaser: "Kyōraku-taichō made a face. 'What is this swill?' he asked.
Absently, I retrieved my coffee mug from the man's hand. 'That is my coffee, Kyōraku-taichō. I'd be grateful if you wouldn't dump it.' "

Inspiration: My insane love for one Jūshiro Ukitake. I have no clue why I love him so much, but I totally do.

Rating: M, because you can't spell "shinigami" without it!

POV: Mizuki and Jūshiro switch off a bit, and Rukia has her say at times… First person perspective from all of them!

Summary: Strong. It was how she liked her sake, her coffee, and her feelings. Strong. It was how he liked his shy new fukataichō. But what if that strength is nothing but an illusion she produces to protect herself from those that would look deeper?
Ukitake-taichō has taken a pair of female fukataichōs. The first one is Rukia Kuchiki, the adopted daughter of the Kutchiki family and a member of the Thirteenth Division since she graduated the academy. The second one is Mizuki Shindo, who comes with an impressive record, a bankai, and a strange affection for paperwork. Yet more intriguing than Mizuki's powers is the distance she puts between herself and the male shinigamis, aside from a select few. Jūshiro finds himself fascinated with her strength and character, but will that fascination be shaken when he finds out she's not as strong as he believes her to be? And what happens when he realizes she treats him differently than any other man she comes into contact with?

Additional ANs: "Strong" was originally of my first forays into the realm of OCs and probably my first fan-fiction. I did enjoy writing it. It also has had a rather good reception.
As this fan-fiction continues to be so well received, I have decided to take the time to edit/update the story. Different aspects of the story will change because I failed to do my research initially. Other parts may also be subject to change, but this will be a long process, since I will be going chapter by chapter, line by line, and word by word with my editing.
"Strength" is the product of these extensive revisions. The fan-fiction "Strong" will be completely removed from this site, and I will post this one in its stead. However, the "Strong" universe that I play in from time to time will retain the name of the original fan-fiction.
It's important to note that I suffer from an "Everybody wants my OC" mentality on a very common basis –especially in this story!
Also, I don't know if this will break anyone's heart, but I'm changing the name of her Zanpakutō… especially since said Zanpakutō is a product of my own imagination. His new name is Akihiko (晶彦), which should roughly mean "sparkling prince."
Forgive any horrible translations: I used Google Translate, and it's not fool-proof.
-Akihiko's release phrase: 太陽より明るく輝く— "Taiyō yori akaruku kagayaku" – Eng: Shine brighter than the sun
-Special Attack #1: 晴れやかな旋風 – "Hareyakana Senpū" – Eng: Radiant Whirlwind

A bonus for all of you who read and enjoyed "Strong": several scenes have been expanded –including one rather sensual scene that never made it into "Strong". All will be present in "Strength".

Universe: This is the extensive edit of the first story and the universe-namer for my "Strong" universe. It comes before "Kisuke" and "All I Want For Christmas".

Word Count: There were11,045 words from the original draft. I'll get back to you on how many are in the edited version ^^.
Honorifics for the Uninitiated: I'll admit it: I can be a snob about things. I'm one of those people who prefers to watch the subbed version of the anime. But I realize most people are not as weird as I am, so here's a brief vocabulary lesson to keep in mind as you read this story.
What I'm about to explain are called honorifics. Since politeness and formality are ingrained so deeply into the Japanese language, I find it simpler to simply write using the honorifics when I write fan-fictions. It helps to explain certain character relationships and interactions. I've also included a few common words, as well. Let's get started, shall we?
* -san: This is the most commonly used honorific. It's the polite way to address someone you're not on close terms with. It can be used with the first name or the family name.
* -chan: This is used for friendly familiarity, and mostly toward younger females. It also carries a connotation of cuteness, so it's frequently used with nicknames for both genders.
* -kun: This is also for more informal use with friends and classmates, only this one is more frequently associated with males. It can also be used in a professional environment when addressing a subordinate.
* -sama: Indicates a great deal of respect or admiration.
*- taichō: In the context of Bleach, "taichō" refers to captains. Example: Ukitake-taichō is Captain (Jushiro) Ukitake.
* -fukataichō: In the context of Bleach, "fukataichō" refers to vice captains. Example: Abari-taichō is Vice Captain (Renji) Abarai.
* -dono: This roughly means "lord" or "master". It does not equate noble status; rather it is a term akin to "milord".
* Onii: This is the more casual term for older brother. It's generally seen with an honorific attached. (Rukia calls Byakukya "Onii-sama".)
* Onee: It's the casual term for older sister. Also usually seen with an honorific attached.
* [blank]: Not using an honorific when addressing someone indicates that you have permission to speak intimately with someone. This is usually used with close friends, family, and lovers. Foregoing honorifics when you don't have such permission is frequently considered extremely rude (Ichigo does it to Byakuya in a lot of the episodes before the first time he defeats him; it just doesn't translate well without the honorifics.)
Please note that "-taichō" and "fukataichō" do have other meanings in other contexts. If you are reading a manga that uses them for another purpose (whether fan-scanned and translated or put out by certain publishers that maintain the honorifics) there will probably be a translator note to tell you what they mean.
Additional Familiar Vernacular: I can be absolutely anal about using the Japanese words, but it occurs to me that some of these terms may be completely unfamiliar to my audience if they only view, say, the English dubs. So, here's the cheat-sheet!
* reiatsu – spirit pressure. A common shinigami skill is being able to sense the reiatsu of other specific people. In some cases, the amount of reiatsu someone releases can bring lower-level shinigami to their knees and render them unable to function.
* konsō – soul burial. When a Plus (or a cleansed Hollow) is sent to the Seretei.
* Seretei – Soul Society. I tend to use it generally, as in the whole realm of the afterlife, but it can also be more specifically applied to the area that the shinigami live and train in.
* Shinigami – Soul Reaper (literally, "Death God"). C'mon, you know this one :P
* shihakusho – the shinigami uniform. It consists of black hakema [lower garment] and kosode [upper garment].
* shunpo – flash step. Incredibly high-speed movements. I believe it can be used as both singular and plural. There are several varieties of shunpo, and as a whole, the techniques are referred to as "hohō".
* Zanjutsu – Sword fighting techniques for the Zanpakutō. The most basic fighting technique.
* Hakuda – An unarmed fighting technique that makes use of one's own body in a fight. Yoruichi is an expert at this.
* Kidō – Advanced spells that require strong spiritual power: Hadō and Bakudō.

If you have any other questions about the vernacular/terms used in this story, please make use http://bleach.wikia.com
The Bleach Wiki is a terrific resource!
Glossary of Blades:
I will mention quite an assortment of bladed weapons in this story. If you're unfamiliar with a term, just check back here! I'll update as I include more types!

+ tachi - a type of Japanese sword worn by the samurai class of feudal Japan. The tachi style of swords preceded the development of the katana.
+ claymore - a two-handed sword with a double-edged blade, used by Scottish Highlanders in the 16th century.
+ saber - a heavy, one-edged sword, usually slightly curved, used especially by cavalry.
+ khyber knife - an Indo-Persian-Afghan knife designed to penetrate chain mail and other types of armor.

Back to Strong Universe
Back to Bleach
Powered by